These are some of my favorite photos and moments of 2013. Enjoy! Happy New Year!! 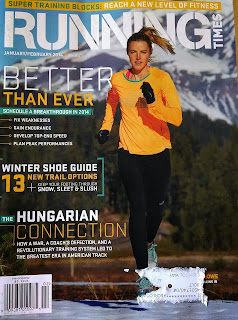 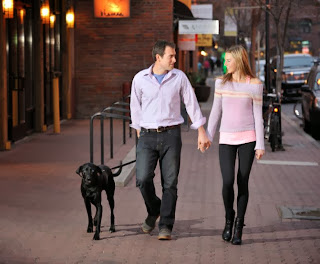 I was very fortunate to have some great opportunities and experiences. Big thanks to my sponsors to making it possible! See you in 2014!!

Reflections on the past year…a novel :)

[NOTE- this is a long post. I'll post another version of my 2013 reflections in PHOTOS for those who don't want to read my ramblings]

So I didn't get to race TNF 50 last weekend. I was pretty bummed. BUT, I was happy to be letting my body heal! After UROC I had some lingering pain in my left knee, nothing serious, just an angry tendon. How did this happen? Well, most likely because I ran my little butt off at UROC already slightly under the weather. In fact, as I've reflected back on my 2013 year of racing I found a pretty clear pattern.

It all began with getting hit by a car in August 2012. Ugh. I was riding my bike and got hit by a car and fractured by left lessor trochanter in my hip. It was a total bummer, but I healed eventually. In fact, I healed pretty fast and was able to cross train within 6 weeks of the injury. I cross trained hard- I hit the pool and started swimming (READ: flailing) in the water. It was hard, but it kept me fit. In December I ran the 2012 TNF 50 miler and finished 2nd! I was more surprised than anyone- I thought the injury was going to set me back a long way. I was totally undertrained going into TNF, but it seemed to go alright for me. So begins the pattern.

Next up was Banderra 100k in January. Bad idea to race in January. It's really snowy and icy in Bend and not a fun time to be training for a running race. Much better time to be skiing! Anyway, I trained to the best of my ability, got really sick with the flu, attempted to race, and DNFed. My first ever. Ugh. It wasn't pretty, but it was a good learning lesson. What was I thinking starting a race with the flu? I actually coughed out a rib during the race from coughing so hard. Stupid. 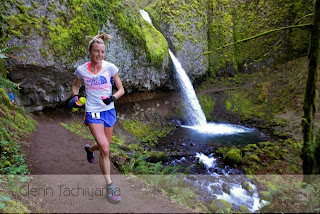 After I recovered from the Banderra fiasco I started my spring build up with the hope of racing my way into Western States. I had a 50k race, the Gorge Waterfalls 50k, in late March to use as a training race. The race went spectacular, but after I started feeling some pain in my calf. I ignored it as long as I could until it really started to hurt. Then, I did the most rock bottom move of my running career, and decided to race in a local 10 mile race. I was told by my PT it was ok to race (not knowing what exactly was wrong) and I did try to race. Everything was going great until around mile 6 or 7 when my calf decided to pull off my tibia. You can imagine how painful that was. I felt it happen and immediately had to stop. I walked backwards on the course for a mile to the previous aid station, hobbling and crying my eyes out. The worst part was I saw everyone and their brother from Bend racing as I made my way back to the aid station. It probably took me about 45 minutes and I everyone kept asking me "Are you ok?" I will say though, despite my annoyance at the situation, it was amazing to see how many people stopped mid-race to make sure I was ok. I LOVE this sport. Silver lining on the day. Anyway, I was hurt. I figured I tore my calf muscle and that it would take 4-6 weeks to heal. I waited and twiddled my thumbs for 6 weeks and then tried to run. My calf muscle was feeling better, but something still didn't feel right. My test run lasted 3 minutes. Something was off. I went to the Dr., and sure enough there was a stress fracture in my right tibia. Awesome. I didn't know for 6 weeks. I should have been in a boot the whole time, but managed to escape that one. 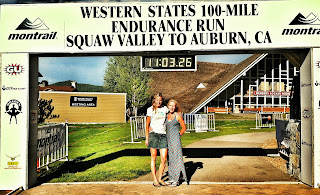 Fast forward a few weeks and I was healed enough to cross train. I still had States in the back of my mind and was going to try to race Leona Divide or Ice Age 50 to earn a spot. I cross trained HARD on the elliptical and got myself into good shape. However, it was too late for racing one of the qualifiers. I wasn't healthy in time. I accepted the fact and moved on to other fun things, like pacing Zach at Bighorn and pacing Denise Bourassa at Western States.

By early July I was healed and ready to start training. I had 3 weeks until I was supposed to race Speedgoat 50k. I wasn't sure of my fitness or the status of my calf, but I sure wanted to race. I got myself to the starting line healthy and fresh off of cross training. The race went spectacular! I finished first with a new course record. And off very little running. Most of my training had come from the months of cross training on the elliptical. See the pattern.

In August I took a trip to Swtizerland for Sierre-Zinal. I raced and then took some time off training to enjoy a vacation in Croatia. When I returned state side, my focus was on UROC. Since I missed a lot of training, like all spring and most of the summer, I felt I had some catching up to do. I trained hard for the 5-6 weeks I had before UROC. It was going well until the week before the race, when I felt some pain in my left foot. No stranger to injuries I was immediately alarmed. There was no way I was risking another stress fracture! I took a few days off and went to the Dr. for an xray. This was on the Monday before the race. I was supposed to fly out on Tuesday. As I sat in the waiting room for an MRI (xray didn't show anything), I thought to myself "How dumb is it to think I can race on Saturday when I'm getting an MRI on a sore foot today." I decided to pull the plug on UROC and heal up. The next day my MRI came back totally clear. I was diagnosed with tendonitis in my foot, which by Wednesday had totally cleared up. I felt foolish that I had cancelled my whole trip and was now, what it seemed, healthy. I panicked, called my coach Ian Torrence, and we decided I should book a new plane ticket and get my butt down there. I'm sure glad I did! I finished second at UROC and finally got a 100k race under my belt. But the race didn't come without consequence. I had a really slow recovery following UROC. And by slow I mean I had to take 8 weeks off running. By going into UROC slightly at the edge of injury and a bit undertrained (again) I set myself up to be broken. What was the deal? I couldn't understand what was wrong with me.

As I started to think about the past year, I finally saw the pattern: Get injured & take time off -> cross train really hard and get really fit -> enter a race undertrained, yet fit enough to push really hard -> put my body through an intense running effort -> end up injured or with some sort of niggle on the other side. I did this pattern at least 4 times this year! Not good! Fortunately I recognized it (finally!) and decided to put it to rest. So, in an attempt to 'reset' and get healthy the correct way I decided not to race TNF 50 this year. And it totally broke my soul. I hate missing races! Especially that one because I LOVE it. But I had to do this so I could run in the future.

And, I'm happy to say that I'm pain free now :) :) :) I was able to run a couple good test runs and am certain that I'm healed. But, that doesn't mean I'm going to jump into full on training mode. Nope, that's not part of the "be smart" plan. I am still going to take an off season, despite having 8 weeks off of running already. I want to slowly get back into running and build up a base again. I really don't have much of a good running base after this past year- I cross trained more than I ran! My plan right now is to start running every other day, just easy. No forced runs, nothing hard. Just getting outside and enjoying the feelings of being able to move my body without pain. The other days I plan to ski or take a yoga class- two of my other favorite things to do.

Part of the reason I'm being so diligent about staying healthy and building back up a good base is that I got into Western States this year! What are the chances?! I was SO excited and terrified at the same time! I am not sure how I am going to get my body ready to race 100 miles, but I am very excited for the journey. And, if anything, I learned a lot this past year. I never was a fan of junk miles, but I've learned even more how important rest and quality over quantity are to longevity in the sport of ultra running.

Posted by StephanieMarie at 11:43 AM 4 comments: