Something Different: The Grand Traverse

One of my goals for 2015 was to get out of my comfort zone. I can definitely say I've accomplished this goal last weekend at the Grand Traverse. There were so many moments of what did I get myself into? followed by moments of satisfaction as I approached my limits..... and then pushed past them! 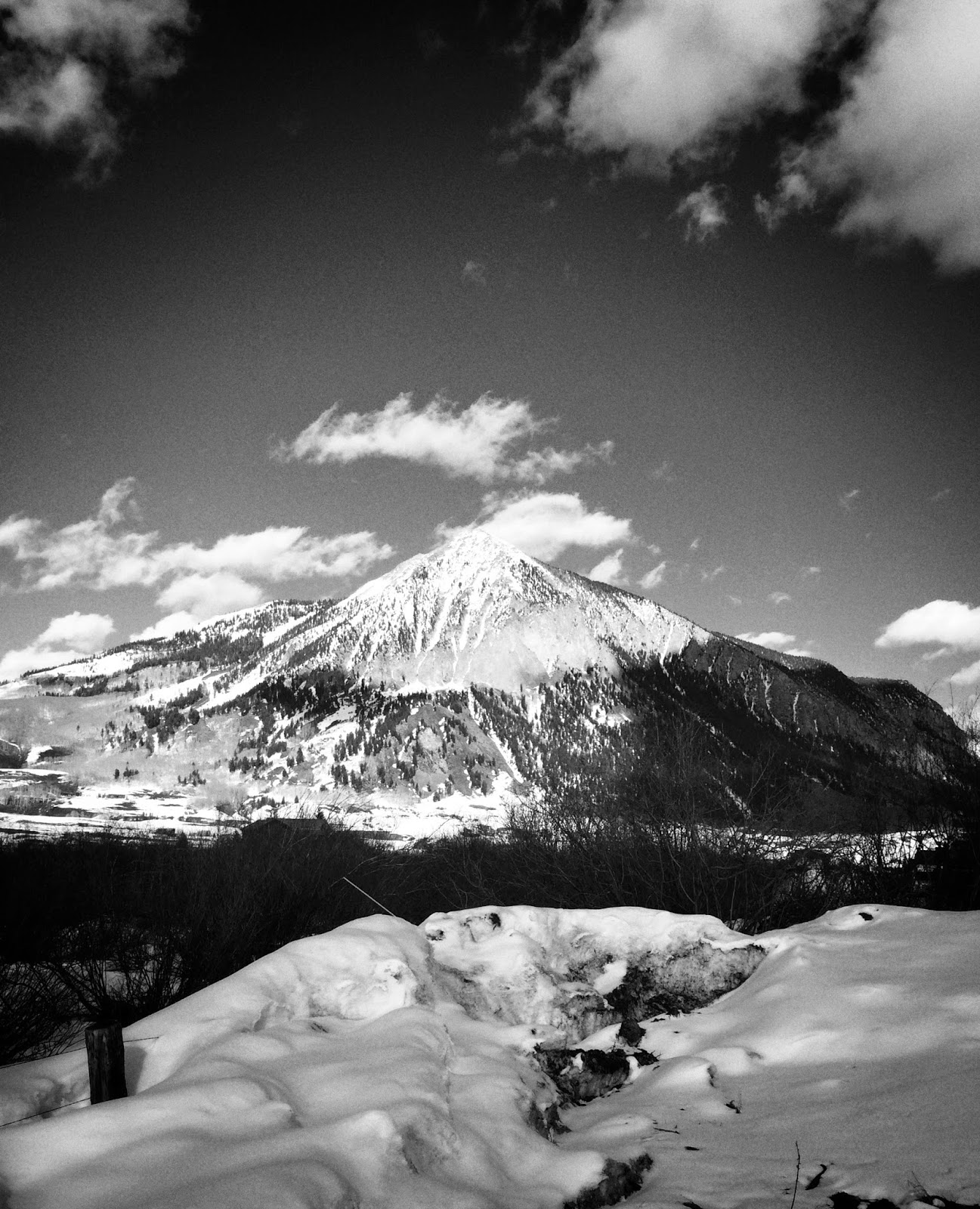 One thing that I really thrive on is setting out to do something I'm intimidated by. I mean, I guess deep down I know I can complete the task, but the thought of how is quite overwhelming. This isn't a new feeling for me, but I have to continue to seek new experiences to still get those same feelings.

So that's how the Grand Traverse came about. It's a 40 mile backcountry ski race, from Crested Butte to Aspen. Additional challenges include a start time at midnight, elevation up to 12,500 ft (with most of the race above 11,00ft), and it's a partner race.

The partner part was easy :) Zach had raced the Grand Traverse a few years ago and wanted to go back with better preparation and gear. So we decided to team up this year, which made me a little nervous. We have tested ourselves quite a few times racing as a pair: Transrockies twice, local adventure races, pacing each other during 100-milers; and we tend to work well together. However, I was worried about the ability difference between the two of us. Zach is a pretty darn good skier! And me, well, we'll just say I got out on my backcountry skis about 5 or 6 times this year.


So it was a perfect recipe for fulling the new experience goal. Or something like that :)

We arrived in Crested Butte a few days early to acclimate. Ha. Really it was just an excuse to spend a couple days in a beautiful place together. I had planned to get in a few runs, but I forgot about the fact that CB itself is at 9,000ft. And everything is up from there. It was amazingly hard for me to do even easy runs. And I feel like I adapt to attitude well. Nonetheless, we had some fun visiting our favorite places, which include First Ascent coffee roasters, Secret Stash, and Dogwood Cocktail cabin.


Plus, we also had a few good friends that we racing too. So it really was like a vacation....just with a really hard race in the middle.

Race day was tough for me. A midnight start is probably the worst possible time for me to start a race. I'm not a stay up late person, and I'm not a good napper either. So I basically just twiddled my thumbs until 10:30pm or so and then was ready to go to sleep. Consequently that was also the time we decided to take the shuttle of to the start. This was going to be a long night for me.....

The buzz at the start was pretty cool. There were so many friends and fellow runners: Rob Krar, Jason Schlarb, Tina Lewis, Steve Kremer, Matt Hart, Jenn Shelton. It was nice to see familiar faces! There was also a pretty rad party underway at the start. I'll admit I was a bit envious of those not in spandex who could soon go to bed....

The beginning of the race was kind. It was a gentle climb up Mt. Crested Butte and served as a good warm up. I was SO happy that the weather was warm this year. I've heard horror stories about sub-0 temps and frostbite. I tend to get cold really easy, so it was a relief to have temps in the upper 20's at the start. And in rare form, I would even admit I was a bit warm as as we made our way uphill. That never happens. I guess I did have on mittens and hand warmers though :)

The first few hours were a mix of downhills, skins on, and running. As we were told in the pre-race briefing there were lots of spicy sections. What does that even mean? Well, we sure found out! We'd be skiing along and suddenly come to a rocky downhill that required some creativity to maneuver through. There were many times I apologized to my skis for what I skiing over :/ Eeek!

Once we were a few hours in we started the long climb up to Star Pass. I enjoyed this part, at first, because we were finally able to get in a rhythm. Partway up the climb I started to feel kinda bad. I'm not really sure why, but probably a combo of the time of day, almost 4:00am, and the elevation, around 12,000ft. My stomach was just not happy.

Zach wins the award for the best partner ever. In an attempt to keep my hands from freezing, we decided that I shouldn't even think about taking off my big boxing mitts. So Zach essentially had to feed me because I couldn't open anything. He would put a Clif blok or two in his hand and I would literally eat it out of his hand. It was probably quite comical to watch!

Star pass is about the halfway point of the race time-wise. It's also the biggest downhill and sort of sketchy because it's dark and so high. I'm actually glad I couldn't see because we basically dropped in off of a cornice into a steep, icy descent. I didn't have the most fun going down because I was trying to just stay on my feet and not die. This was one of those places where I went way out of my comfort zone!
After Star Pass, we side hilled for the next 5 hours. Well, it wasn't actually that long, but it felt like it! Side hilling, I decided is my LEAST favorite way to ski ever. It just doesn't feel good. My feet were hurting from my new boots that I decided to wear and I was just tired. But, there wasn't anything we could do besides just keep shuffling forward.

Sometime around sunrise we hit Taylor Pass, which was both the most beautiful section and also my lowest point of the race. Since my stomach felt so bad I wasn't fueling that well and was starting to bonk. I was really struggling to move forward. The alpenglow on the Marroon Bells did help to lift my spirits and it was one of the most beautiful sunrises I've seen!

I was really looking forward to Bernard hut, which was a mandatory 10-min rest with soup! I think that soup saved me. Upon departing, I felt like a new person!

.....Which lasted approximately 15 minutes until we hit death road. This is what I'm calling it. I'm sure it has its own name, but to me it's death road. This was an 8 mile is section of rolling snowmobile track. It was lumpy and narrow and icy and slushy. And it was SO slow. We tried skating at first, but it was just taking way too much energy. So, we took off our skis and walked. It was truly a slog. Walk uphill, put skis on, ski sketchy downhill (for those in Bend- it was similar to coming down from Todd lake on nordie skis on the snowmobile track). And repeat. I could not imagine anyway moving slower, but then we started catching people. So I guess everyone was just moving that slow. Death road.

It probably wasn't that bad, but it was 7 or 8 hours into the race and we were both tired. Again, Zach was the best partner ever and carried my skis when we had to walk. It was kind of an equalizer, but I know it was hard for him near the end. Thanks babe!

When we caught site of the top of Aspen mountain I could not have been move excited. I was really not enjoying the last several miles. Knowing that we just had to ski down to Aspen was such a great relief. The run down was one of the longest I've been on in awhile. It just kept going. We were both so ready to be done! After 3,000ft of descent we finally could see the finish line. I don't think I've ever been happier to be done with a race! We crossed together in just over 9 hours.

The euphoric post-race feeling lasted about 5 minutes and then we crashed. After going a whole night without sleep we were both feeling pretty messed up. I had booked a hotel, but unfortunately we weren't supposed to check in until 4:00pm, and it was 9:00am. Arg! So we milled around like zombies until we were able to get into our room.

The rest of the day was a blur, but there were some fun post-race events. The weather was beautiful for March and it did actually feel like spring break! We ended up third co-ed team and were both very satisfied with that. We had a couple mechanical issues (I wore new boots for the first time :/) and I slowed us down on some of the descents. Now that I know what to expect I think we can probably go quite a bit faster. But for now I am totally happy to finish on the podium :) 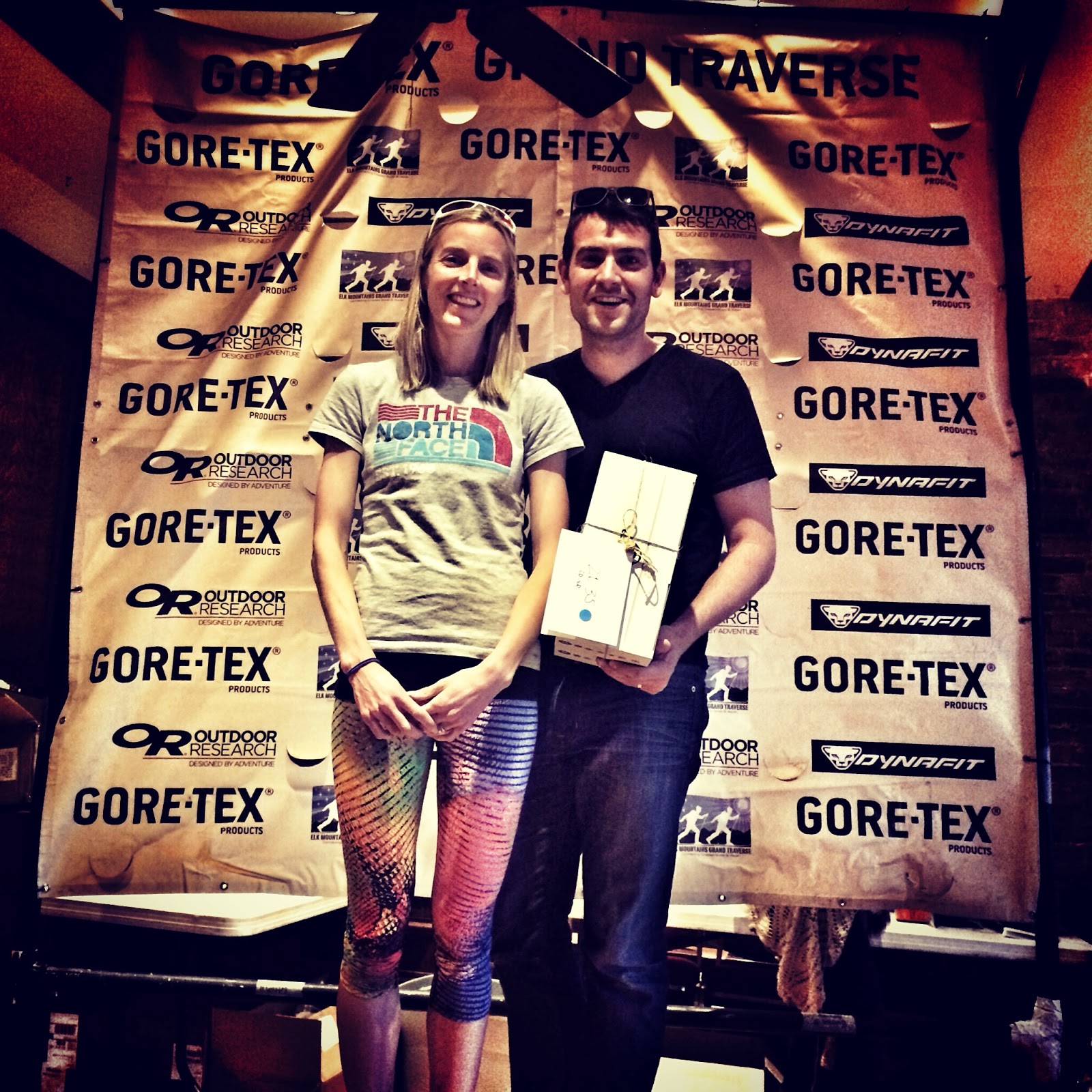 Coming back home it was a tough transition back to work and back to running. I'm trying to get my butt in shape for Lake Sonoma next weekend! We'll see how that goes.....

I'm really glad that I tried something new. It gave me a boost of confidence and it was really fun to suffer with Zach for 9 hours! Best partner ever! 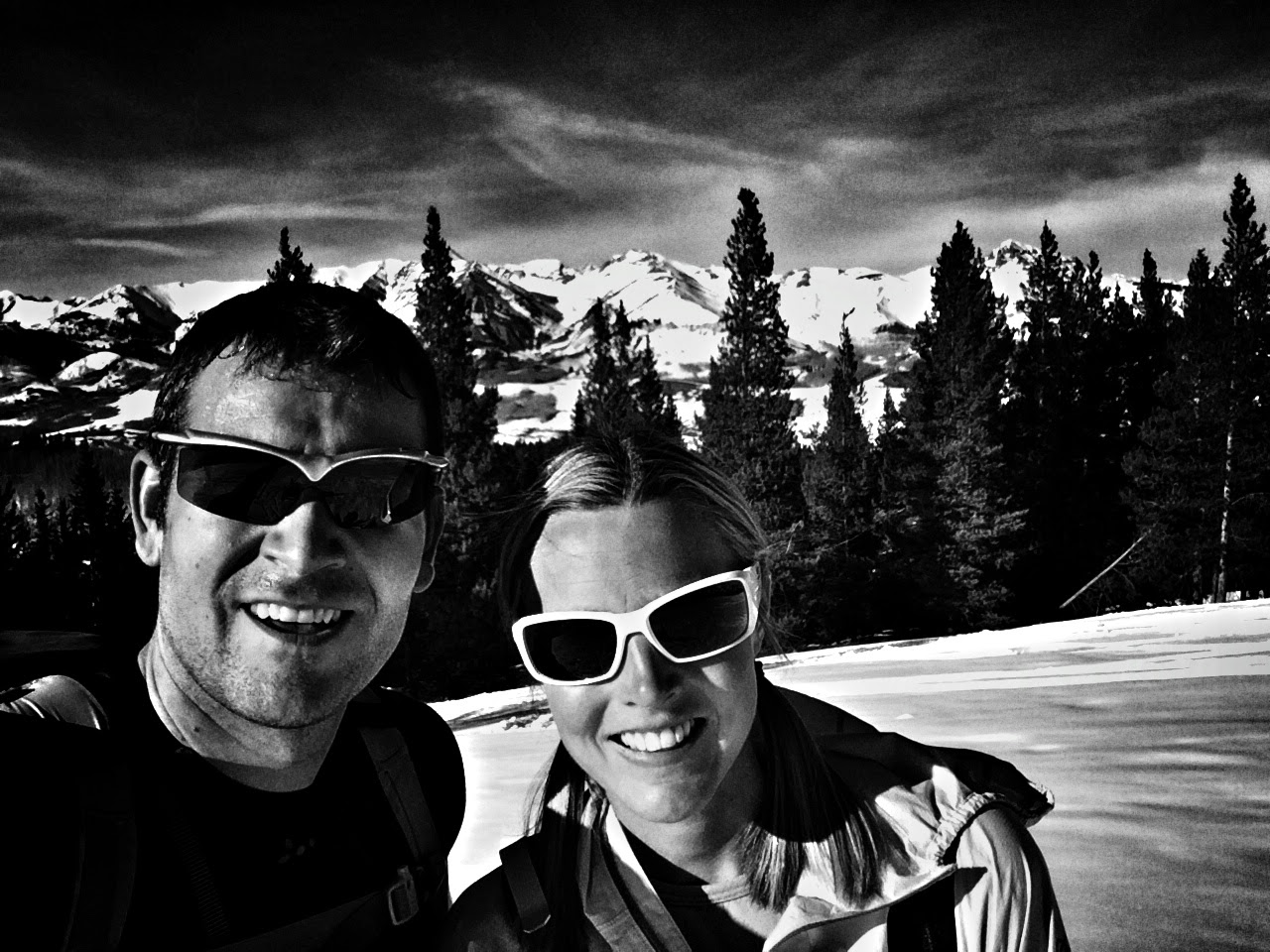