Way Too Cool 50k: Race of the Fasties

I wanted to race WTC this year for an early season kick in the butt. However, I wasn't fully prepared for what I was getting myself into.

A few days before the race I looked up the start list and realized that I was WAY down on the Ultra Signup rankings (very scientific, I know). Who were all these women racing? I honestly only recognized a few names. None of the usual suspects. So I did some research.......

Fasties. They're a thing, not a word I made up. I found out that I'd be toeing the line with some major fasties. Women with some serious leg speed.

I was nervous. My early season training hadn't been that great and I didn't feel super fit yet (I mean, it's only March, right!?) But, what can you do besides try? I had experience and endurance on my side.

Racing in California in March is heavenly. No tights! No hat or mittens! It was wonderful to sit out in the sunshine and not be cold. I was excited to race in the 'heat'. 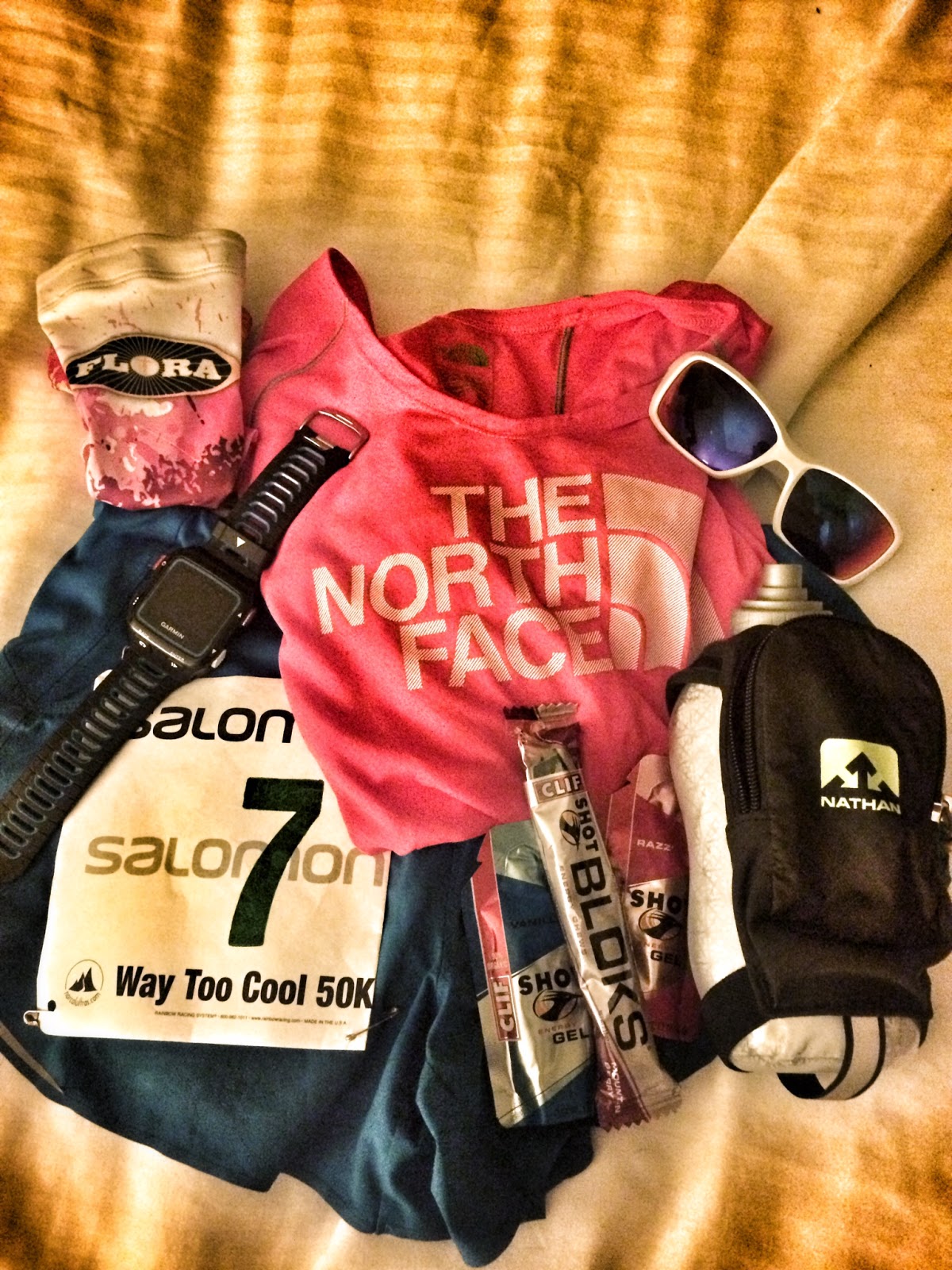 Race morning was kind, an 8:00am start time allowed for sleeping in until a reasonable hour. I had my normal pre-race breakfast consisting of an ocean roll, coffee, white rice, and some peanut butter. Yum!

The race start was fast, as I knew it would be. I found myself running and chatting with Caroline Boller. We hit the first mile in 6:17 and both laughed. Ok, a little too fast! I don't think we slowed too much though.

The first part of the course is an 8 mile loop that comes back through the start/finish area. It was pretty flat with a couple little rollers. Easy to run too fast. I did my best to stay on the conservative side. I ran most of the first loop with YiOu Wang and we left the first aid station together.

The next section was a few miles of glorious downhill. My favorite! Around mile 11 or so, we came through the next aid station where I was surprised to see some good friends volunteering! I stopped to fill my bottle here and when I left the aid station YiOu was already out of sight. Oh well. The next stretch was a long flat section by the river and there was no way I was going to catch back up. Girl has some serious speed! So, I just settled into my own pace and focused on fueling well. And I really nailed it- I had great energy the whole race.

The last 1/3 of the race was more my style. A couple longer uphill climbs and some longer descents. I felt much more like myself. In fact, I was feeling even better than earlier in the race. Around mile 25, I spotted YiOu. Wow, this just turned into a race! I thought I'd been dropped and was ready to battle for third. I caught and passed YiOu going up Goat Hill. She was looking good, and I was thinking she'd probably challenge me as we neared the finish.

I was feeling great and think I made some good time over the last 4-5 miles. When I reached the last climb, up to Highway 49, I was totally reminiscing about the same climb during Western States. Somehow it didn't seem quite as daunting as I remembered :)

When I saw the sign with 1 mile to go I looked down at my watch. I knew the CR was 3:49 and I was pretty sure I was going to run under that time. I didn't throw myself under in the last mile- instead I enjoyed it. Sometimes it's nice to take it in and relish what you just accomplished. And I did just that. 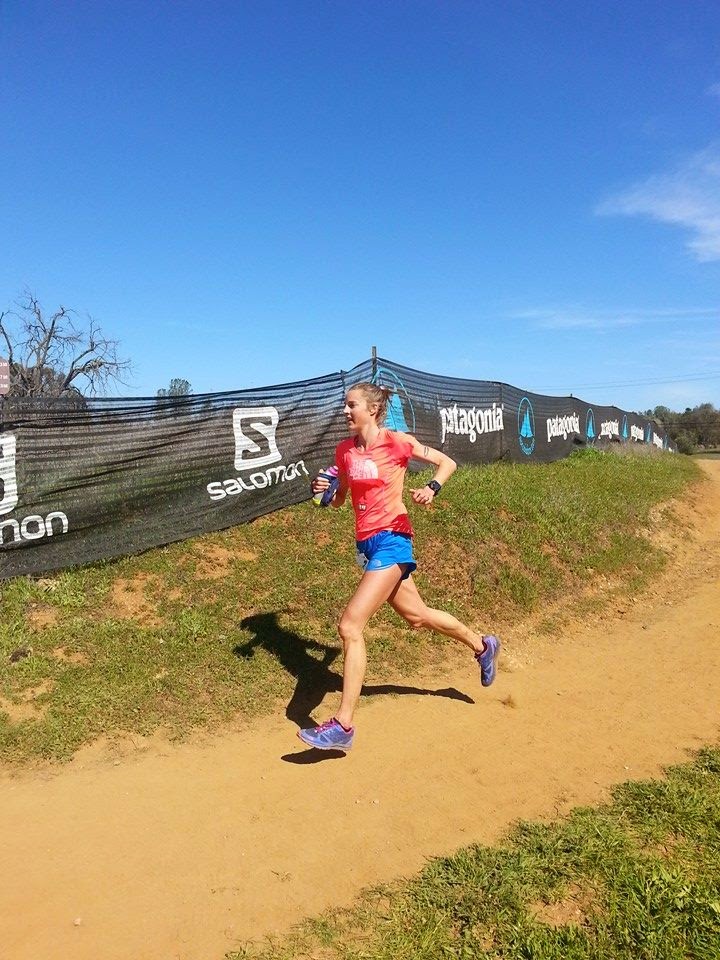 I crossed the finish line in 3:47 and couldn't have been happier! That's a good time for me, especially for early in the season. I was proud of myself for running a smart race, fueling really well, and having a good second half of race. Success! 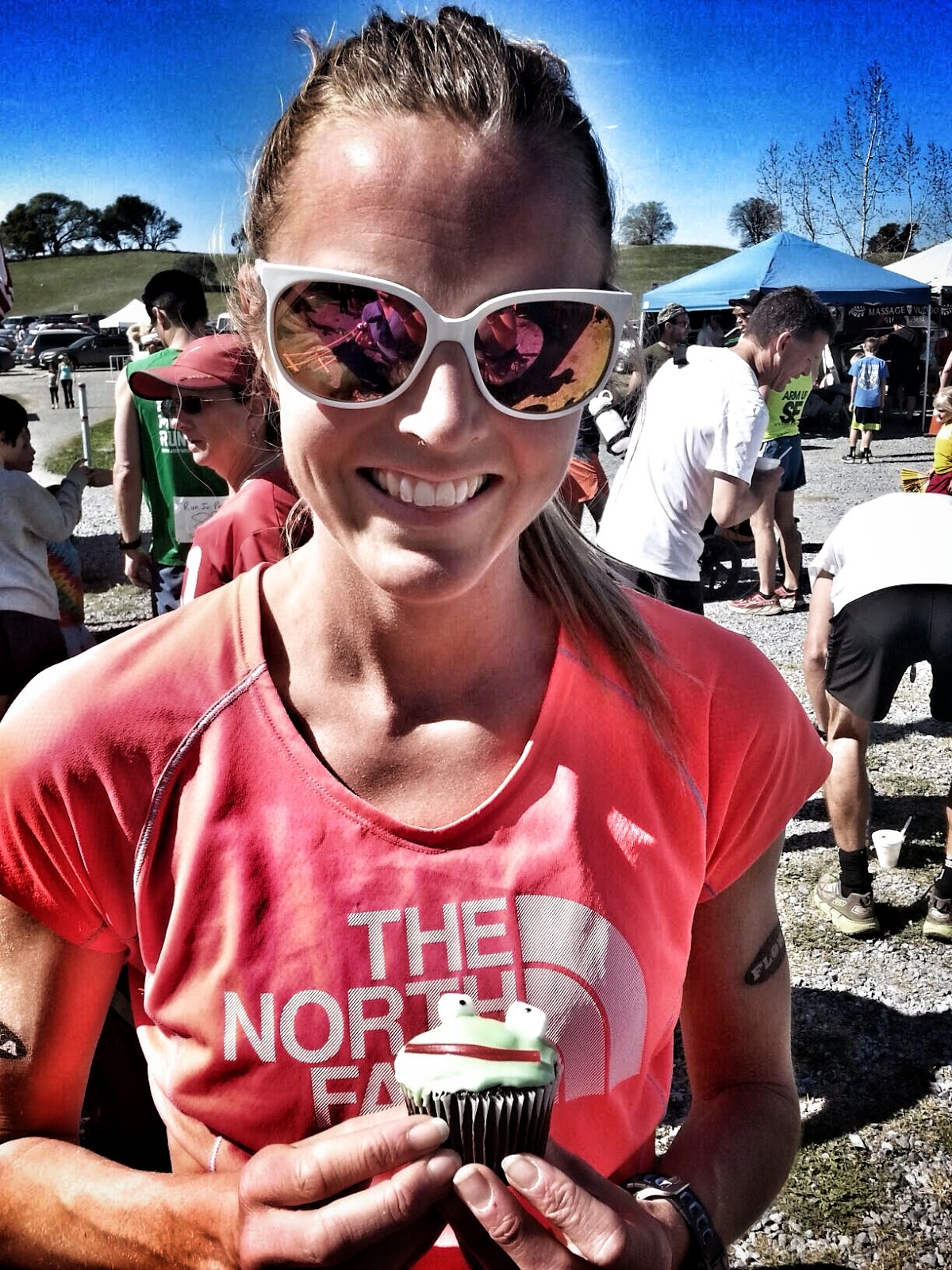 My favorite things at WTC:


How did I not have low energy you ask? Well, here was my nutrition plan:

The trip back to Bend was pretty fun. Elisa and I had a great 80's music jam session in my car, ate at a fantastic Indian restaurant, watched a bad lifetime movie (deep impact) post-race, and checked out a trail near Mt. Shasta. It was a fun filled weekend :)

Posted by StephanieMarie at 8:09 AM 4 comments: